As I've already said, I started tatting just several month ago. It was September 2011. I do not remember the exact date but I remember how I came to handmade shop to buy something for crochet and suddenly saw a book about tatting. I had already read about it before, but never tried - couldn't find shuttles. But this time they were here, in this shop, waiting for me. That evening I started to learn.
It was very funny! And here is me first programming-needlework analogy:
Learning a new kind of needlework is similar to learning a new programming language. When you know some other kinds of needlework - or programming languages - learning a new one is much easier that the first one. Mostly because of similarities of these kinds or languages. For me, tatting reminds me both macramé and weaving bobbin - both I tried when was a child. So, it was not very difficult to start.
Well, enough for philosophy! These were my first patterns: 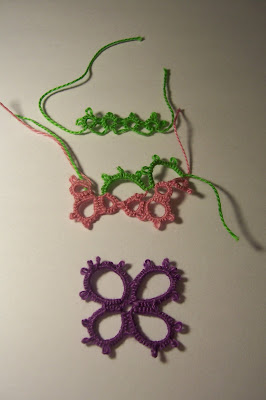 The last flower was expected to be a butterfly. The second attempt was more successful: 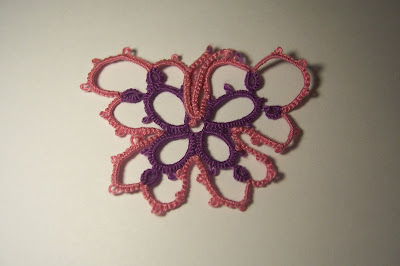 Then I thought that I want to tat something unusual - not classic patterns for beginners. I found some Celtic tatting diagrams, uploaded them to my e-book and went to airport, as I was going home. I must say that tatting is a great company for long flights! This was a first try to make something Celtic (not very successful, honestly): 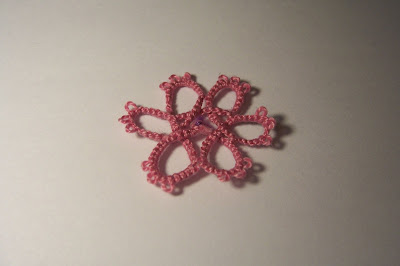 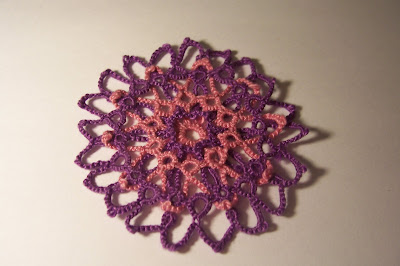 After this flower I had a delay knitting a dog for my mother-in-law (I will tell about it later). And then I tatted little pattern (just to remind fingers what to do): 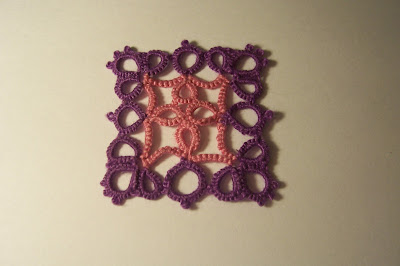 And the last one here is rose. I tatted it several days: in the plane when flying Riga and back, in the university during lectures, at work, at home... The result is: 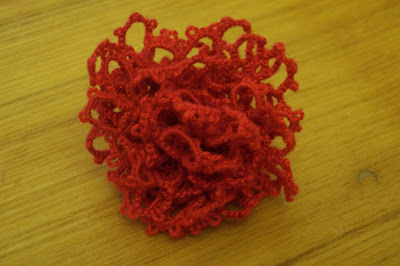 I'm not sure that it is exactly that the author meant, but I like it! So, the history is over, the next post will be about present.
Posted by Mariya Davydova at 16:37

Email ThisBlogThis!Share to TwitterShare to FacebookShare to Pinterest
Labels: programming vs needlework